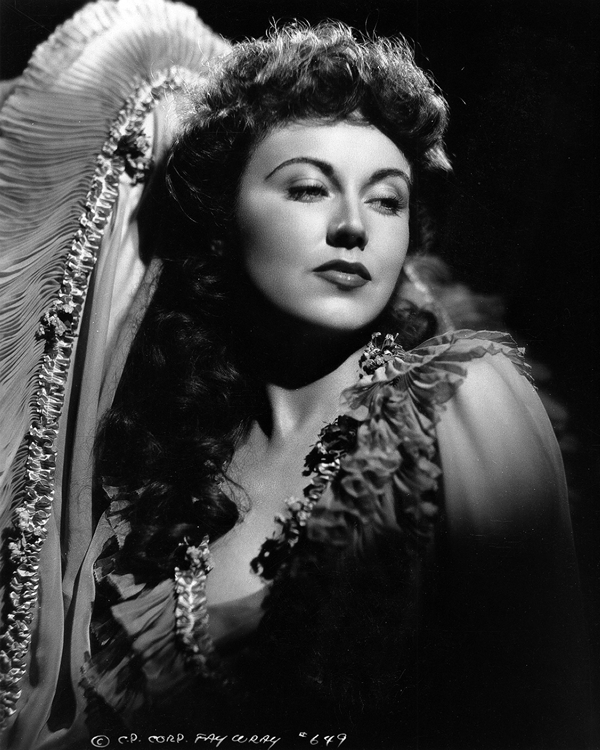 1940. Fay Wray screamed her way into movie history as the apple of King Kong’s eye. Although she made about 80 movies, the fame she garnered starring opposite an ape far outshone any recognition she gained from movies she made with many of Hollywood’s leading men, including Ronald Colman, Gary Cooper, Cary Grant, William Powell and Spencer Tracy. A caption on the back of the photo reads:

A PORTRAIT – – of Fay Wray, as she appears in the Robert C. Sherwood production, “Legacy,” for Columbia release.