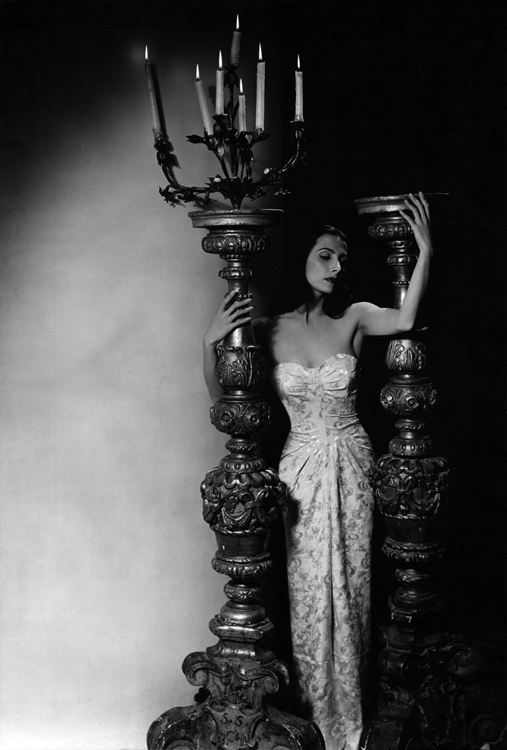 Around 1948. Tamara Toumanova is one of the European exiles who have fetched up in the US, though in her case not as a result of the Nazi threat. It has been a fantastical tale: she has fled with her mother from the emerging Soviet Union; been acclaimed as a child prodigy in the world of ballet; toured extensively with various Russian Ballet companies; and been dominated by her mother.

Now she’s living in the US, married to Casey Robinson, producer of Days of Glory. It was her first movie and it was during its production that the couple met and fell in love. She will return to the movies in 1966 in Alfred Hitcock’s Torn Curtain.

But Tamara is first and foremost a ballerina – arguably one of the greatest of the 20th century. Her adoring fans have nicknamed her “the black pearl of the Russian ballet.” The critic A V Coton will describe her as “the loveliest creature in the history of the ballet” with black silky hair, deep brown eyes and pale almond skin. And this image captures the poise and elegance that captivated her audiences. Photo by Wallace Seawell.