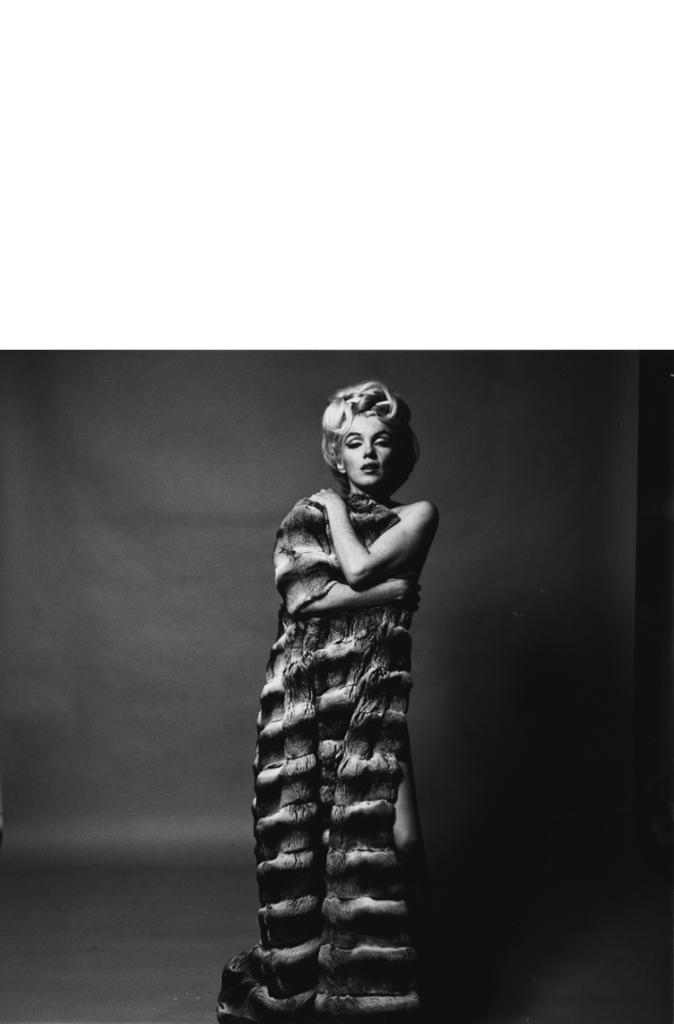 Bel-Air Hotel, Hollywood, June 1962. Defiant, defensive or just play-acting? Here Marilyn collaborates with Bert to subvert Vogue’s intention of a more formal fashion shot. But the background sheet, one edge exposed as if by accident (just like Marilyn’s leg) harks back to the approach that Irving Penn pioneered back in 1950. That leg was important to Bert…

Vogue wanted to dress Marilyn up in beautiful clothes and I still thought the right thing to do was take her clothes off. The more they added, the more I tried to think of ways to reveal her. All she had to do was show one toe and it got me excited, so I took pictures like that.

The chinchilla was great. A floor-length chinchilla coat – what could be more of a cover-up than that? How could I get around it? I asked her to drape it on backward and let one leg peek out. She was willing. She didn’t want to rebel against what Vogue wanted, because she saw the value of it, but she jumped at the chance to do something a little bit playful and provocative. Watching her image in the ground glass, I saw her right hand touch her hair behind her head as if she wanted to let her hair down. “Don’t move,” I said. “Just stay as you are and stick a little more of your left knee out of the coat.” She didn’t move her hand and slowly a naked knee appeared from beneath the ten-thousand-dollar fur coat.