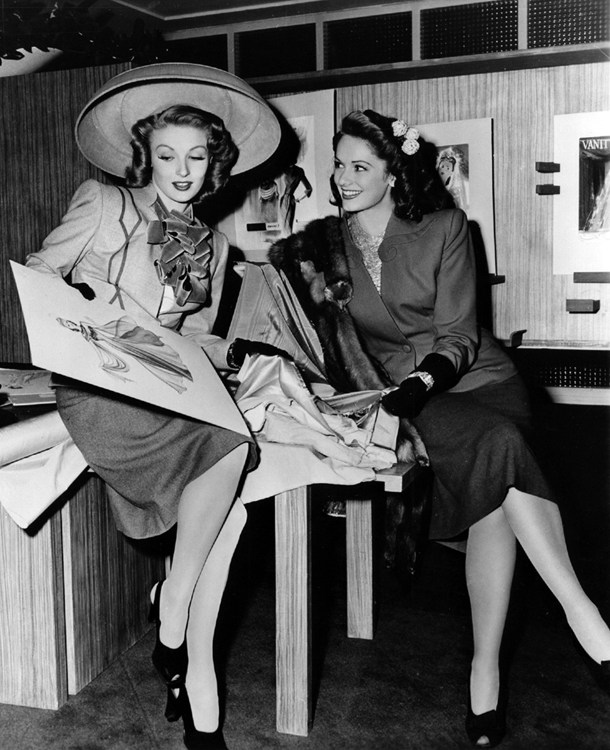 1944. Two of the era’s supermodels pose on the set of Cover Girl. Susann Shaw is taken with the fashion sketch she’s holding, while Jinx Falkenburg seems to be sizing up her companion. There must have been some interesting dynamics going on among the troupe of girls, cooped up together for months in Marion Davies’ mansion. A caption on the back of the photo reads:

COVER CONVERSATION – – (l. to r.) Susann Shaw, who has posed 1643 times as a bride for the Nation’s magazines, and Jinx Falkenburg, who has been on more covers than any other girl, meet when playing selves in Columbia’s Technicolor Rita Hayworth starrer, “Cover Girl”.