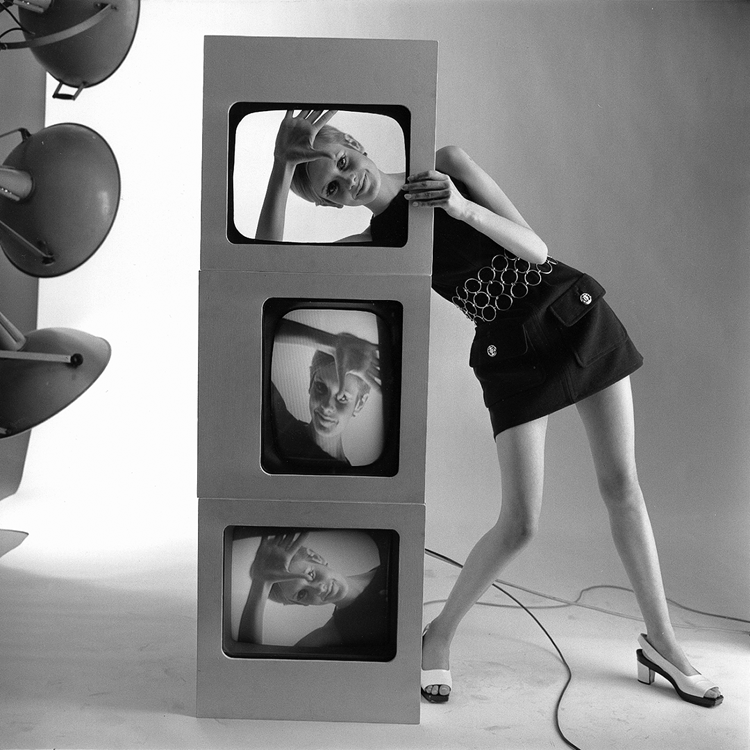 1967. A skinny, freckled and crop-haired 18-year-old model, Twiggy weighs just six and a half stone. The previous year, she was told she’s too short to be a model. But on a visit to House of Leonard, she caught the eye of its proprietor, Leonard Lewis. As chance would have it, he happened to be on the lookout for models on whom to try out his new crop haircut. So her hair was cut, photos were taken and the next day Twiggy went back to school.

A few days later, Daily Express fashion editor, Deirdre McSharry, noticed the photo in the salon, asked Leonard for the model’s name and phone number, and invited her out for tea. More pictures were taken and Twiggy returned home. Nearly three weeks later her father came into her bedroom with a copy of the Daily Express open at a page whose headline read, Twiggy – The Face Of ’66. The following month, she did her first shoot for Vogue.

This year, she’s off to New York to work with Richard Avedon, with 13 fashion shoots in international editions of Vogue already under her belt. She is greeted at JFK by a crowd of paparazzi and fans. The New Yorker, Life and Newsweek report on the Twiggy “phenomenon”. This photo of her appears in the 15 March 1967 issue of Vogue US to illustrate Vogue’s eye view of Paris:

By 1970 she will have been photographed by Avedon, Bert Stern, Cecil Beaton, Helmut Newton, Guy Bourdin and Norman Parkinson.