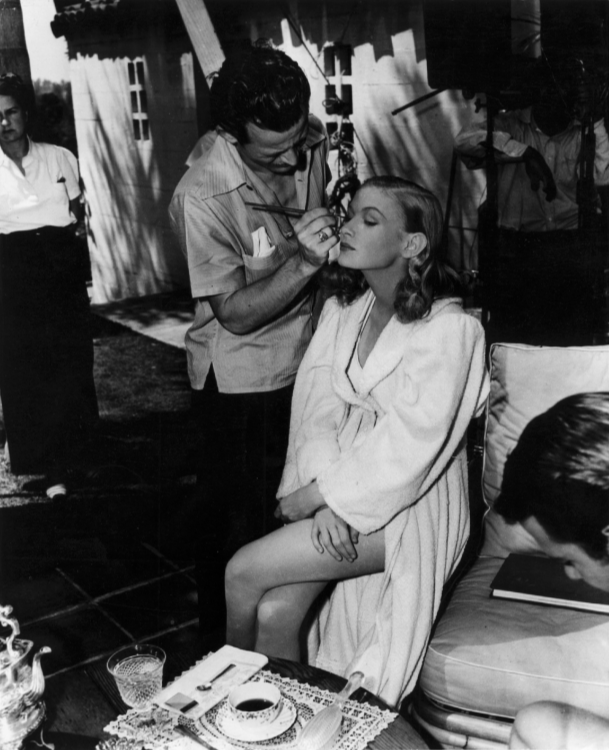 LOCATION WORK CAN BE FUN––
7. Come time for make-up and Veronica Lake can be at comfort in bathing suit (have you ever seen her in a bathing suit before?) and robe, because those scenes are at a pool.

The pool scene referred to is presumably in Sullivan’s Travels, in which Veronica stars opposite Joel McCrea and is directed by Preston Sturges. The makeup artist in this shot is not identified but according to IMDb the makeup supervisor for the movie is Don Donaldson, so perhaps this is him. To find out more about Hollywood’s approach to makeup, take a look at Perc Westmore – makeup king of Hollywood.