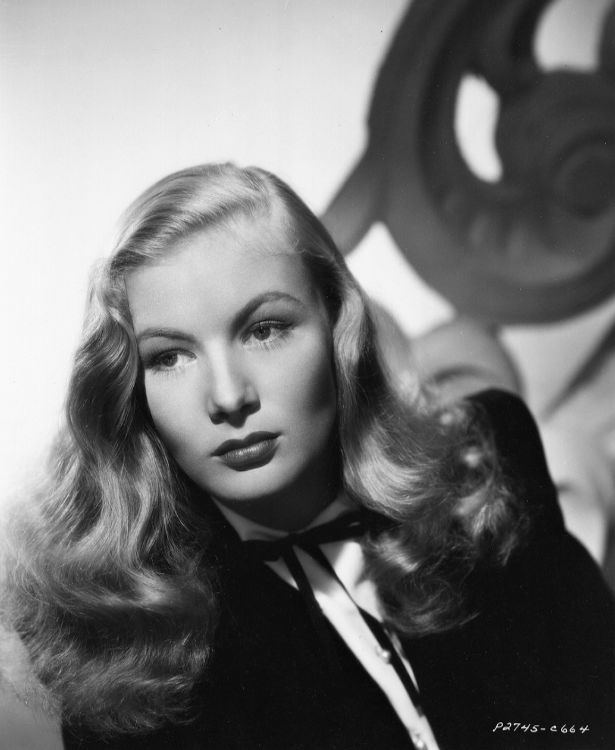 1944. The peekaboo isn’t the world’s most practical style – it tends to get caught in car doors, lifts and electric fans. But LIFE magazine reports that:

The only major accident that has ever befallen Miss Lake’s hair occurred some years ago when she bent down too close to an oven she was lighting and the flames leaped up, singeing off her eyebrows and forelock. Nowadays she keeps away from stoves but her hair catches fire fairly often when she is smoking. This, though a constant concern, is not a serious peril. When it happens the hair of the screen’s most inflammable blonde merely sizzles a little and goes out.