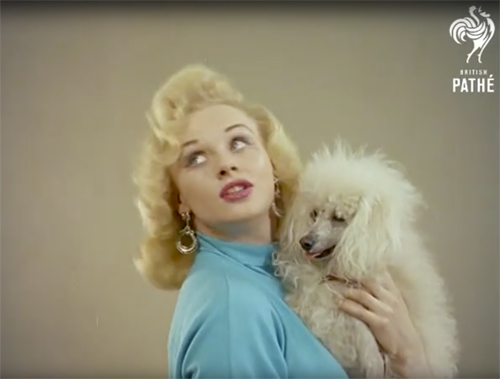 This offering from British Pathé was shot at the Polyphoto counter in Bourne and Hollingsworth (a department store on London’s Oxford Street). Polyphoto produced sheets of 48 small portrait photos in different poses so the sitter could choose the best for enlargement. The scenario is preposterous and the acting cheesy. The narrator’s voice will be familiar to anyone who’s watched newsreels or listened to broadcasts of the period. He’s relentlessly cheerful and insidiously patronising.  It’s totally period and a lot of fun.